Guide To Selecting A Tablesaw

The question "which tablesaw should I buy" or a variation thereof is one of the most frequently asked questions on woodworking forums.

This article is an attempt to guide the question into a more narrowly focused selection and to provide a brief overview of the types of machines available.

It is not my attempt to cover every single brand or model of tablesaw in existence. The criteria I’ve used to select the machines listed in the article are those generally considered by woodworking hobbyists to be the minimum required for accurate cutting and joinery work associated with furniture building.

Prior to selecting any saw, there are several requirements that should be evaluated, these alone can limit the choice of machine.

Generally speaking, a more expensive saw will be more capable, powerful, safe, and accurate resulting in fewer secondary operations. That does not mean that good work cannot be done on an inexpensive machine.

Many users do not have a preference while some would not use one or the other. This is not a real issue unless the blade is set for an angle cut. One item of note is that a left tilting arbor (or a left mounted motor) limits the choice of a sliding table should one be desired later. Unless a sliding table is fitted, even a right tilting saw looks like a left tilter when the right side of the rip fence is used; most rips would be within the normal operating range of this capacity.

Motors above 2hp will require 220v. Of course more power is better, a 3hp motor will perform tasks with ease that a 1.5hp motor can only accomplish with reduced feed rates or burning or even tripping the electrical overload.

The contractor type saws have the largest footprint of all the saws mentioned when compared with those of equal rip capacities. The universal motor saws are smaller than cabinet saws and the Hybrid saws are the same size as a cabinet saw.

For some, it is very important to be able to see the machine in person before making the purchase or placing a mail order; local service also plays a role in this.

Since the rip fence plays such an important role in the performance, accuracy, and usability equation, this feature merits almost as much consideration as the saw itself. Personal preference plays an important role in selection as well. The choice of OEM rip fences or whether to use an aftermarket system should be part of the cost equation.

Most woodworkers agree that the tablesaw is the core power tool of the shop; if only one piece of advise could be given on the subject, most woodworkers advise would be to "buy the best saw you can afford". I think the cost element really is central to the selection, if it were not, we would all have an Altendorf or Martin tablesaw in our shop.

One very common pitfall for prospective saw buyers is "price creep". From the bottom of the categories to the top, you can always get a little bit better machine for about $200 more. However, before costs should enter the equation, I think an explanation of commonly available saw types is appropriate. For comparison purposes, I have broken them down into separate categories.

​These types of machines are intended for very infrequent use, they exist only because of their very low cost and should not be considered for any sort of woodworking involving the creation of joints. Basically they are glorified circular saws turned upside down.

This type of saw is powered by a universal motor similar to those used in a router. These types of machines are really intended for job-site work. They are somewhat rugged due to their intended environment, they are portable and are able to withstand being moved about as needed.

While it is possible to do good work on these machines they are not really intended to be the core of a woodworking shop, their cost places them at or above the Compact Saw class. The job site saw is related to a bench saw, they too are glorified circular saws turned upside down however they are significantly better designed.

Like its progeny, these saws are also powered by a universal motor similar to those used in a router. There are only four commonly available machines in this category, the Delta (as shown), the identical looking Jet, the Ryobi BT3100, and the Black & Decker BT2500 saw.

Compared to their job-site saw cousins these have better and larger fence systems, better controls for raise and tilt, and larger tables. The Delta, Jet, and B&D saws are like small versions of Hybrid saws. They have cast iron tables and separate cranks for tilt and raise.

The Ryobi is different than these other saws in a few ways, the main benefit the machine has to offer is its SMT (sliding miter table). There are some additional pro / cons associated with the Ryobi, it's overall characteristics still place it firmly in this category though.

The machines in this class need more maintenance than the next step up, are not as reliable when it comes to holding settings, and are somewhat under powered. Although these are a step in the right direction, these machines are not truly suitable for a busy woodworking shop; that does not mean some people do not use them this way.

For occasional use in a small space these machines may suit a users needs. The major benefit these machines have to offer is a low price; these machines generally run between $300 and $400, the next step up is the low end contractor saw at about $550

This very popular type of saw was originally developed for the building trades. To qualify for this designation the trunion is attached to the iron table and the motor hangs out the back of the stand.

These machines come in two major sub-categories within their own group. The first is a low-cost entry level machine (as shown); this is a basic saw with no frills, these generally run about $550. The other category is the same basic machine with an improved rip fence of increased capacity and a few other accessories thrown in that make the machine nicer to use such as cast iron extensions instead of stamped steel.

The low-end machines in this class offer the woodworker enough power, accuracy, and usability built into the tool to build furniture without the frustration the lesser machines inject into a project; they are good values and can be incrementally upgraded if desired.

The high-end machines have better fence systems but do not offer any other significant accuracy or power improvements. Although they are good machines their ~$800 price is too close to other machines to make them great values.

There are a number of improvements that can be made to the basic machine that will make it perform better. In my view if carried to the full measure this will become a case of false economics; no matter what is done to these machines, accessories will not turn them into a cabinet saw. For example, it is not uncommon for contractor saw owners to eventually spend as much on accessories and upgrades to their machines as what a cabinet saws costs and still have an inferior (although useful) machine.

Have trunions that attach to the iron table, this makes it harder to align the miter gauge slots to the blade.
Due to the way the trunion is mounted and the effect of the cantilevered motor, some saws of this type have trouble (to varying degrees) maintaining blade parallelism alignment with the blade tilted at an angle.

These saws are a cross between a contractor and a cabinet saw but fundamentally they are a contractor saw in a box. This class of saw used to be kind of rare, now it appears that it is becoming quite popular with manufacturers; several new models have been introduced lately.

What these machines really represent are the class of machine that the high-end contractor saws aspire to be for about the same price.

Examples of this class of machine are the Dewalt 746, the Jet Supersaw, the Craftsman saws, the Hitachi CF10, and saws reintroduced by Jet and Delta formerly called "tilting arbor" (poor choice of names as all saws now are tilting arbor types), these last being somewhat hard to find.

They are differentiated from high-end contractor saws in that they have a better trunion, better blade controls and switch gear, dust collection, and some well designed accessories. These machines also sell for in the range of $600 to around $900. The main issue with the more costly machines in this class is that they come in around the price of the low end cabinet saw which is a clearly superior machine.

The Grizzly 1023s for example is close enough to the price point of these machines and potentially offers enough improvements over them that the decision turns into whether to stay at the Hybrid class or move into the low end of the Cabinet saw class. If one had clearly defined requirements this decision will be a little easier.

Cabinet saws are differentiated by an enclosed stand and a heavy trunion that mounts to the cabinet instead of the iron table. These machines are considered by many to be the "king" of saws. Many small cabinets shops use these machines as the core of their work shop.

All the machines within this class are fundamentally the same. There two sub-categories within the class; there are the Delta Unisaws and its Taiwanese clones, and there are the Powermatic and General machines. The later are at the top end of the class, they are a little bit better in overall fit and finish as well as in trunion design. The Delta and clones represent the middle and low end of the spectrum.

Generally speaking you get about what you pay for in this class. The low end machines will require a little work to get it to be as well operating as the others and are fitted with lower grade bearings and other items that a user will never see. As one graduates up the cost ladder the machines become a little more refined and use better components like bearings.

In looking at the cost difference between the low and high end of this class it may be hard for a hobbyist to justify the added cost of the high-end machines. When in doubt, it is always relatively safe in the middle of the pack, in this case that would be Delta / Jet.

As to value relative to the preceding categories of machines, a cabinet saw is a VERY good platform to base a woodworking shop on. It has all the important accuracy features desired and they can be fitted with accessories to enhance what ever aspects one wishes.

At the high end loaded with accessories one might be better off stepping up a category but in the middle and low end of this class these machines are very good values.

The heavy trunions attach to the cabinet instead of the iron table, this allows the miter gauge slots to be aligned to the blade much easier. 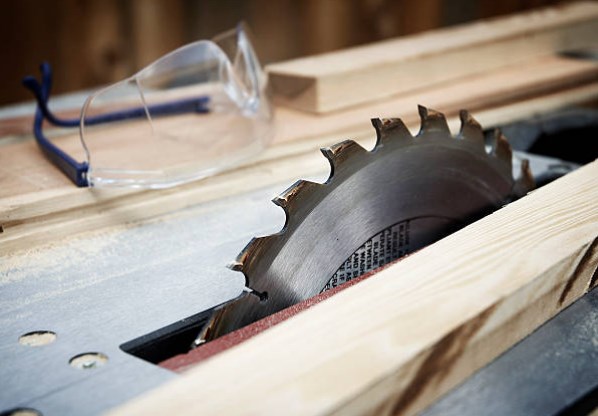 Guide To Selecting A Tablesaw 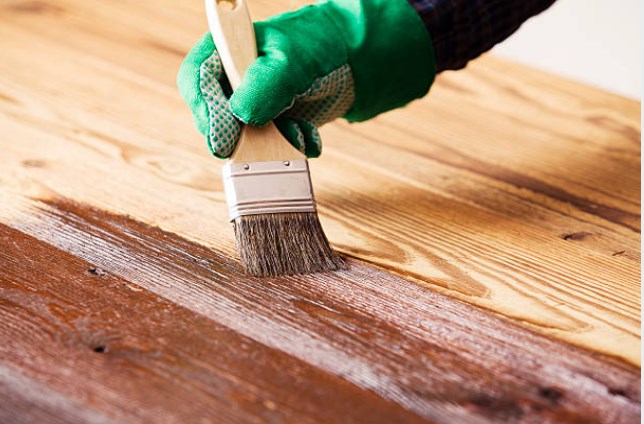 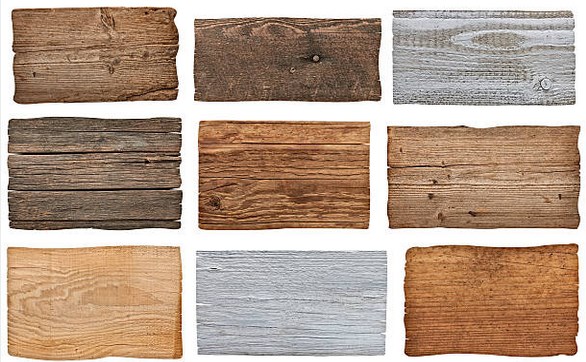